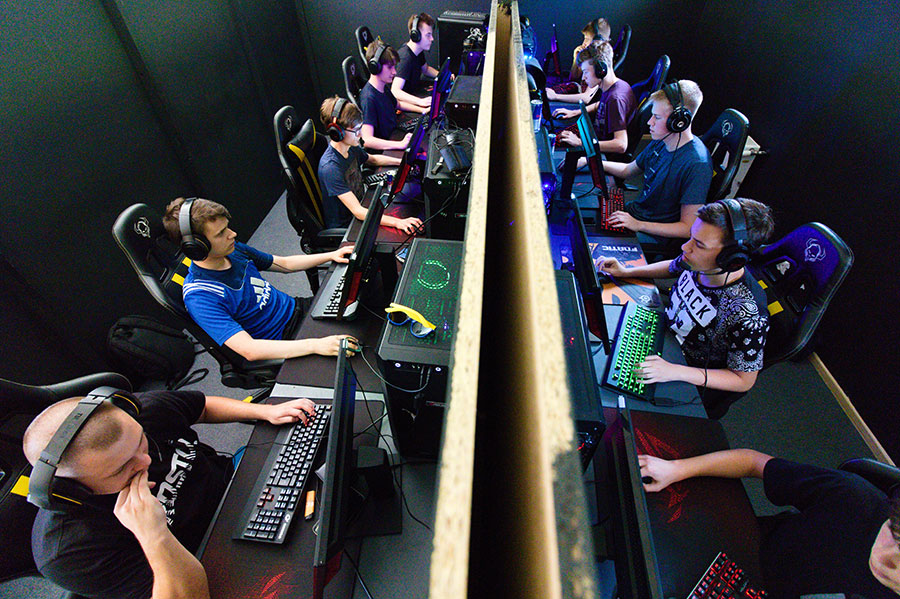 In the last decade, eSports has experienced tremendous growth and impressive mainstream success. Video games have been around for several decades. Even in the early days, competitive gaming existed. However, it was delegated to a very small niche market. Today, it’s a multi-million dollar industry that’s expected to break into the billions in just a couple of years.

Much like physical sports, eSports generates revenue through multiple different avenues. Gamers can battle it out in competitions that have a worldwide reach, drawing in millions of viewers. Thanks to the advent of digital streaming, gamers, advertisers, and big-name brands have had a chance to take a piece of the profit.

eSports is still relatively new when compared to other competitive arenas. However, that hasn’t stopped the industry from pulling in massive revenue. As we mentioned, profits are earned through multiple streams. Many of these revenue streams are exclusive to the video game industry. As technology and viewership increases, it’s expected that the following figures will only get larger with time.

In 2016, eSports generated more than 492 million dollars. A significant portion of that, about 350 million dollars, came from advertisements, corporate sponsorships, and media rights.

The following year, 2017, the industry saw an increase in profits of more than 33 percent. In total, eSports earned 696 million dollars. 468 million dollars was a direct result of brand investment.

In 2018, the revenue was over 38 percent, exceeding market expectations and improving growth from the previous year. eSports generated more than 906 million dollars in revenue. 696 million dollars of that revenue came from brands investing in the industry.

Where is the Money Coming From?

Gaming, as a whole, is often a source of controversy from those who aren’t in the know. To outsiders, gaming is viewed as a frivolous hobby. However, when you look at the hard numbers, video games are much more popular than most people think.

With those figures, it’s no surprise that eSports has had continual support from publishers, advertisers, and fans around the world.

In 2017, approximately 38 percent of the revenue came from corporate sponsorship alone. This amounts to more than 266 million dollars. Huge names like Coca-Cola, Audi, T-Mobile, Red Bull, and more have sponsored eSports tournaments at some point in the last couple of years.

Advertising is another thing that contributes to revenue. Many tournaments are broadcast to a global audience, which allows companies to experience significant growth. About 22 percent, or 155 million dollars, of eSports revenue from 2017 came from advertising alone.

Next up is game publisher fees. Publishers can license out their content to leagues and streaming platforms for increased exposure. Revenue from this sector was about 116 million dollars, or 17 percent of all revenue for 2017.

The media has not ignored the success of eSports. One of the biggest sports channels, ESPN, has embraced competitive gaming and has launched several programs dedicated to the industry. They even had one of the most prolific gamers, Ninja, on the cover of ESPN magazine. Alongside ESPN, companies like Twitch, Youtube, and Microsoft has also worked to broadcast eSports games to the masses. Media rights amounted to 14 percent, which is more than 95 million dollars, of 2017 eSports revenue.

Finally, there are merchandising and ticket sales. This aspect of eSports contributed to about 9 percent of the revenue, which is more than 63 million dollars. Several competition venues have popped up to accommodate live viewers and events. The biggest venue, the eSport Stadium in Arlington, Texas, is over 100,000 square feet in size and cost 10 million dollars to build.

As you can see, eSports is not a trend that’s destined to fade into obscurity. Competitive gaming is experiencing a meteoric rise that shows no signs of slowing down in the coming years. In fact, 2019 is primed to be a very successful year for eSports. It’s estimated that, for the first time in its history, eSports will break the billion-dollar threshold for revenue by the end of 2019. Going forward, market projections are showing very favorable results.

These projections are on the conservative side. They were determined based on a 22.3 percent growth rate. However, things could change. As you can see from growth between 2016 and 2017, that growth rate could climb up past 30 percent or more. Only time will tell.

Asia has one of the biggest eSports fanbases. In 2017, about 59 percent of all revenue came from three countries. These include South Korea, which contributes about 7 percent, China, which made up about 15 percent, and Vietnam, which provided about 37 percent of revenue earned. The remaining 41 percent was split among several countries throughout the world.

During the year 2017, a large portion of the revenue came from corporate sponsorships. Sponsorships resulted in a profit boost of 115 million. Content licensing generated 95 million dollars. When it comes to merchandising and ticket sales, North American gamers are some of the most loyal in the world. Their dedication to the industry resulted in 10.36 million.

Some of the biggest names in eSports are earning yearly income that rivals those in the NFL, NBA, and NHL. Not only that, but these gamers are getting worldwide recognition, appearing on magazine covers, commercials, and more. Corporate sponsorships play a huge part in eSports revenue.

As a whole, eSports can be quite lucrative. The biggest competition prize pool in eSports history was over 30 million dollars. This belonged to the International 9 Dota 2 competition.

The biggest contributing factor to the growing eSports market is viewership. People don’t just like playing video games. They love to watch others play as well. It should be noted that eSports is an entirely different realm than streaming. When you factor in digital streaming revenue, the video game industry is massive.

eSports had a global audience of 323 million in 2016. in 2017, that number climbed up to 385 million people. According to surveys, roughly half of those people considered themselves to be avid eSports fanatics. So, the remaining half are casual viewers that have the potential to turn into full-time viewers. Serious enthusiasts tend to be the most profitable. Market researchers found that each viewer contributes approximately $3.64 to the overall revenue figures. Though, this is expected to rise to $5.20 per viewer by 2020.

When it comes to projected growth, it’s estimated that viewership will rise by 50 percent in the next three years alone. Currently, eSports is one of the most-watched industries in the United States. It may come as a surprise to many, but there are roughly 84 million eSports viewers in the United States. While that’s not enough to beat the 141 million that the NFL pulls in every year, it’s more than several other professional leagues. For example, it surpasses the 79 million viewers of the MLB, the 63 million of the MBA, the 32 million of the NHL, and the 16 million of the MLS.

Sports betting is very common where gambling is legal. Currently, betting on the outcome of eSports games is a relatively small market. However, it’s still pretty respectable. eSports is the seventh most popular sport to bet on in the world. In 2015, about 315 million dollars was wagered on eSports globally.

That’s not a lot compared to other sports. However, that’s expected to change a lot in the coming years. By 2020, market researchers believe that 23.5 billion dollars will be wagered on eSport games and events.

Needless to say, eSports is not a small market by any means. There are still a lot of people that don’t understand the industry or video games. Despite what you hear, gaming no longer a niche market that serves a small subset of the community. The continued success of eSports shows that video games are more mainstream than ever before.

If you’re thinking about becoming a part of the eSports realm, now is a good time to do so. The market is growing steadily. In just a few years, it will be even more massive, producing impressive profits for large corporations, gaming companies, and gamers.