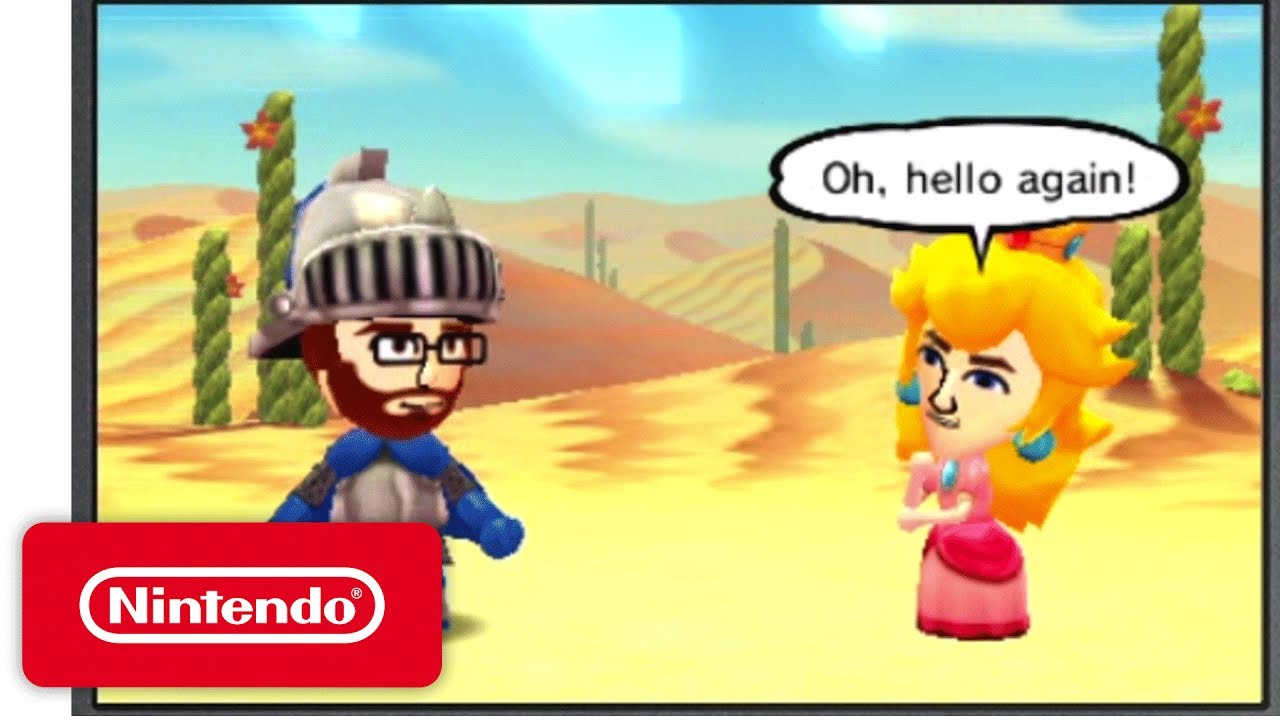 On one hand, the handheld has lost a little of its luster over the years. The New 3DS didn’t quite usher in the new era of handheld gaming that players wanted and the Nintendo Switch is taking a great deal of the limelight when it comes to portable gaming.

On the other hand, the 3DS has a truly amazing library of titles. No matter what your preferred genre or series, the handheld has something for you. At over six years old, it’s built up a wealth of games for players of all ages.

The best part about being a 3DS owner is always going to be the choice of titles available. Whether you are looking for frantic racing action, slow-paced life simulators or classic platforming, you’ll find something. Characters like Mario, Samus, and Donkey Kong have some of their best entries here, and the platform is still the primary home of the Pokemon series.

Read on to learn a little more about some of the better games in the 3DS’ massive libary.

The now-traditional double-dip back into a popular setting, Pokemon Ultra Sun is the retread of the popular Pokemon Sun. As one might expect, it includes a handful of new Pokemon, new evolutions, and new Z-Moves. The biggest difference in the game is, of course, the story – with a new view of the island paradise, it’s a good fit for those fans of Pokemon who actually keep up with the story. If there’s a fault with the game it’s the fact that it goes back to the Alola region so soon – there just hasn’t been enough change within the Pokemon series itself to bring much new to the table here. Still, those who enjoyed the original version of the game will likely have a great time trying to catch ’em all in the update.

Like Ultra Sun, Pokemon Ultra Moon is the retread/update on the previous generation of Pokemon. Rather than offering a whole new generation of monsters or evolutions, this game offers a slight update to the current roster and a brand new story. It’s an interesting choice to release this soon, as most of the retreads do tend to have at least one game’s worth of innovations between the original release and the sequel. With that said, it does trade on what made the original Pokemon Moon so successful and will likely offer enough new story material to keep major Pokemon fans happy. It’s likely a must-have for Pokemon fans who haven’t yet played Pokemon Moon and a decent addition to the libraries of those who collect all the games.

It’s hard to say something about Minecraft that has not already been said. The game is a cultural and industry juggernaut, with millions of players around the world joining in. The fact that the game made its way to the 3DS feels both surprising and inevitable at the same time, as the handheld feels like a natural progression for a series that is owned by industry rival Microsoft. The 3DS version of Minecraft shares quite a bit in common with the mobile version, with most of the same quirks and limitations. It’s not quite as robust as the major console or PC versions of the game, but it is a fantastic port that will give Minecraft fans a chance to keep building their dream structures. If you don’t already have a solid mobile version of the game or you want to round out your 3DS collection, this version of Minecraft is a must-have.

Mario Party has always been a divisive series. On one hand, it does capture a great deal of the fun of playing board games with friends. On the other hand, it’s always been filled with the kind of fluff that serves to pad out a dissappointingly short game. Mario Party: The Top 100 removes all of the filler to bring players the top one hundred games from the entire series, filling the game with hits. If you’ve loved Mario Party in the past, there’s a good chance you’ll find your favorite games here. Unfortunately, all of the problems that existed in the series still exist here. This is a game for fans first and foremost.

Miitopia is easily one of the least expected games ever produced for the 3DS. Taking the ubiquitous Mii characters and casting them in the role of player characters is odd enough, but placing them into a medieval turn-based RPG certainly feels like it came out of left field. The game itself features strong basics and a few surprisingly complex systems, but most of the fun comes from turning the people you know into video game characters. It’s a natural progression of the Mii system and something that took a surprisingly long time to show up on the system. Definitely a fun game for fans of the Miis and RPG gamers in general.

The Mario and Luigi series has long been an outlier in the Mario world. Spinning out of the Mario RPG series, it’s a turn-based RPG game that features the characters of the Mushroom Kingdom. The newest version not only puts players in control of the titular brothers, but it also features a new mode with Bowser’s minions. While it’s not a classic Mario title, it’s a great successor to the RPG part of the franchise. Definitely a good game for fans of classic RPGs.

Other Gaming Guides on Consumerexpert.org that you’ll love!

Pokemon is a game that moves in generations. While most of the recent generations have been happy to offer only incremental upgrades alongside the new hardware, Pokemon Moon features one of the first big leaps forward in many years. With an entirely new setting, a series of powerful new moves and some truly weird new evolutions, Pokemon Moon feels like the first real sequel in a very long time. This is a must-play game for people who have followed the series for years as well as a good introductory point for brand new players. Pokemon’s latest evolution is definitely a hit.

The village life simulator has finally made its way to the 3DS, bringing with it a legion of fans. A game that’s largely about building a community and outfitting a home, Animal Crossing is a quirky series that has nonetheless managed to grow out of its niche. The new version of the game is ideal for players who spend time on the go, especially given the tendency for objectives and items to only be available at specific times. The game features everything that players have come to love from the console versions and includes a few new tricks. It’s not the most complex simulator ever, but its charming characters and satisfying gameplay loop will keep players engaged for far longer than most would guess.

Legend of Zelda Ocarina of Time

An update to the Nintendo 64 classics, The Legend of Zelda: Ocarina of Time is an incredibly faithful port of the older game. While much of what made the original revolutionary will now feel par for the course, this game has kept much of its charm in the intervening years. Guiding Link through his quest, using the Ocarina and fighting against the forces of darkness all feel just as fluid as they did years ago. While younger gamers might not appreciate the experience quite as much, older games will enjoy the chance to go back to Hyrule. There has been a bit of a graphical update in the jump between hardware generations, though, so the game definitely looks a bit more like that in players’ memories than the original. It’s a standout game that deserves recognition for everything it has managed to do.

Donkey Kong has come a long way from throwing barrels at Mario. The biggest change for the ape came in his 1990s turn on the Super Nintendo, moving him into the role of the goofy protagonist that gamers have come to know and love. The game was truly revolutionary for the time, featuring amazing graphics and a devilishly complex level of difficulty that could give even veteran players a hard time. Donkey Kong Returns brings all of that to the 3DS with a few 21st-century upgrades. If you loved the game the first time around, you’ll continue to love it. If you never got the chance to play the original, there’s no time like the present.

The Metroid series is incredibly popular, especially for a series that has had a tendency to fade in and out of the spotlight. Samus Returns seeks to bring the game back to its roots, putting players in a classic environment and stripping away the bulk of the story in favor of the classic Metroid puzzles. While some might be disappointed that the game doesn’t move things forward, this love letter to the series’ roots still deserves consideration. 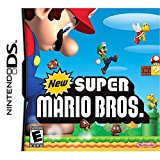 New Super Mario Bros. is, perhaps ironically, a game that immediately feels like a classic. Abandoning much of what has been done with the Mario franchise in recent years, the gameplay harkens back to the 2D era. That’s not to say that the game hasn’t been upgraded, though – fantastic graphics and new moves like wall-jumping help keep the game feeling fresh as you guide Mario through the various stages. It takes some of the best additions from the 3D era and pulls them into a handheld space while still offering new innovations. The giant version of Mario is a joy to play with, while the shrunken version offers some engaging gameplay possibilities. Definitely one of the best entries in the series.

Mario was one of the real pioneers of 3D platforming, setting a few lofty benchmarks that the series itself often has trouble reaching again. Super Mario 3D Land is a fantastic game in the vein of Super Mario 64 and definitely one of the better handheld iterations of the 3D series. While it’s still a little tough to get the 3D platforming down on a handheld, some of Mario’s new powers make the game worth playing on its own. Not quite as perfect or groundbreaking as some of the main titles, it’s nonetheless a fun entry into a beloved series.

Pokemon Rumble World represents one of Pokemon’s odd forays out of the RPG world. This top-down pseud-action game puts players in a world of toys, one in which they can encounter over seven hundred different Pokemon species. It’s a freemium game, one that’s definitely designed with players’ wallets in mind. It’s definitely got a bit of charm and some fun mechanics, but it’s hard to keep playing knowing how much the game wants your money. Like most of the departures from the main series, this game is hit or miss in terms of quality and will mostly appeal to hardcore fans of the series.

Mario Kart 7 is the newest iteration of the beloved racing series, one that helps to push forward the bounds of the game while still clinging tightly to the formula that has made it so successful. If you’ve played one Mario Kart game, you’ve already got a good idea of the basics for this one. This game tweaks the formula a bit with customizable karts but otherwise should feel familiar to players. With improved graphics and a genuinely entertaining roster, this is a natural progression for the series. Perhaps one of the best examples of how the 3DS version of the game can be more than just a port of a home console release. While it’s not the newest Mario Kart game on the 3DS, it has certainly still earned its place in the libraries of 3DS owners.